I have been having a very interesting chat via PM with a fellow member for a few days now, and with their permission I wanted to share the following with you

The member speaks a lot of sense and is very logical and the following text realy stood out to me. Please feel free to read over this and add to it as you see fit and perhaps we can come up with some solid facts regarding this.

Facts:
1. Michael jackson disappeared after the trial in '93 and only showed his face at concerts, the odd tv show, out with kids and in court.

2. There has been no official statement from the hospital, coronor or police regarding the death of Michael Jackson.

4. If Dr Murray was really a suspect in the murder of Michael Jackson, he would be behind bars not wandering around a free man.

hmmm, very enlightening! i agree wholeheartedly with the list of speculated topics. and assuming this person is a reliable source, it's nice to have them confirm what information is indeed facts. i think since those facts came about earlier on, it's easy to forget about them...but i think they're so important cuz they are part of the foundation that holds the hoax theory up. thanks so much for sharing rachel!

You're more than welcome!

Don't put down your theory! It's only through research (and a bit of speculation) that we'll might get closer to the truth. Even though I might not agree with a theory, I'm always thankful to be provided with new points of view. I love the "I didn't think of that one" factor.

On the other hand, I tend to agree with our fellow member. We should try to focus more on facts and less on crazy speculation. That's kind of what I tried to do with my theory anyway (leave out JCC, Hat Man, number coincidences, etc.). 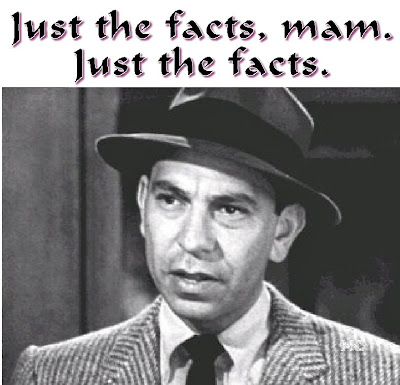 Thanks Rach-one reason that I do enjoy this forum is that we do try to return to the facts and build from that.