hey, i dont know if any one noticed that before..but why

there are 2 ambulance pic? when they say its only one

Exacly,photoshop can do everything today.
I dont know what we would do without it?
lol

uh ok..i just had to ask cuz i noticed the space between the paramedics knee and michaels eyebrow is different in each pic ..thats all

Grace wrote:I have seen at least three different pics - look at the red reflection on the face, they all differ (and were taken through tinted glass in these details....). See the height of the transport bed at chair level despite the legs would usually fold down to the floor? And if you look close in pic 2, you'll notice that the body is not laying on a transport bed but on a red "emergency plank" used for biker and car accidents to lay down standing persons or roll them from the floor onto the "plank" in order to be able to lift the body. This "plank" is usually removed when using an ambulance, isn't it?

It was also remarked by some folks that the body had a transparent flexible tube in the nose - speaking for oxygen support.
We remember the breakdown on a Broadway theater stage in 1995 due to dehydration when Michael was transported to hospital in an ambulance 1) with no tinted windows and 2) was receiving oxygen and 3) went into intense care and was reported to shortly have gone into a coma. There is a video on youtube on this (in German).

The pics presented as of June 25 ressemble in addition the Michael with the oxygene chamber story: 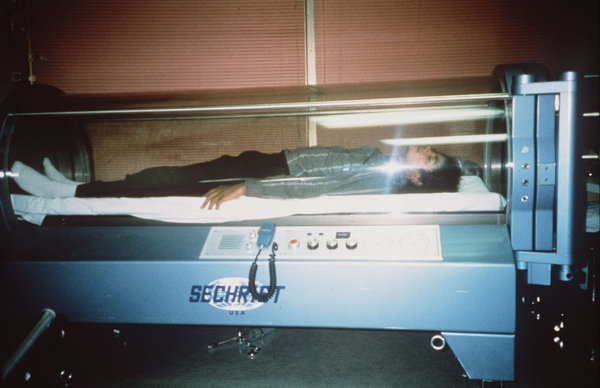 And now look at the variants of the ambulance pic: 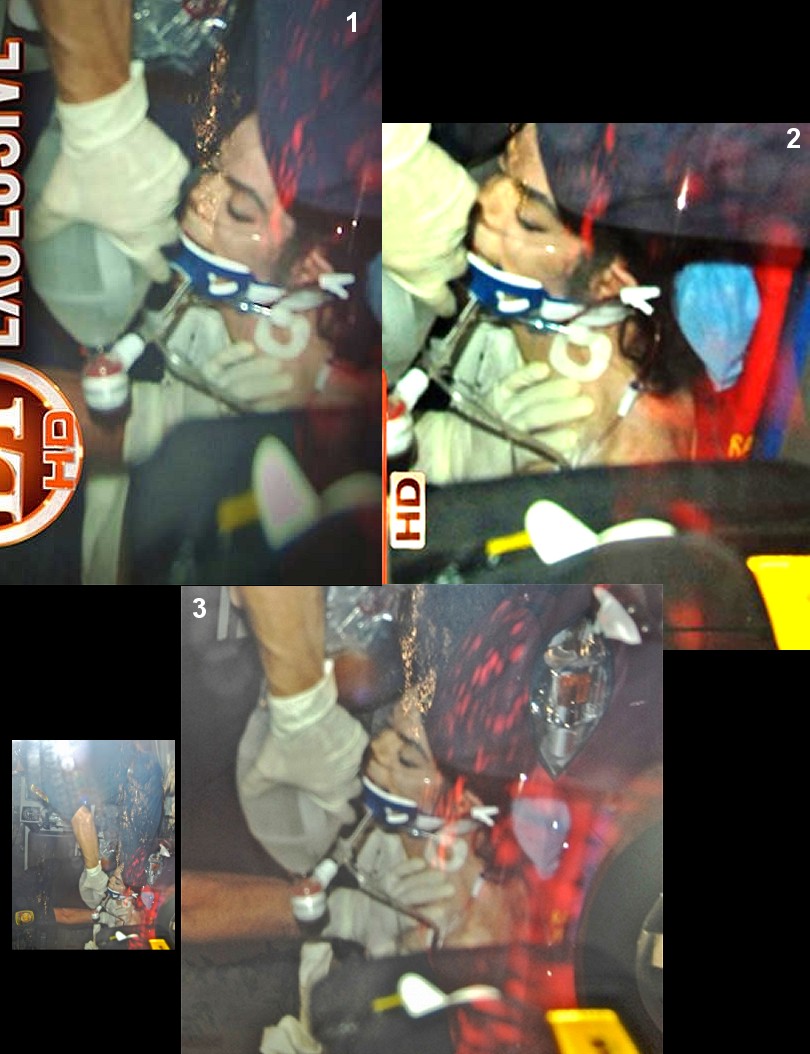 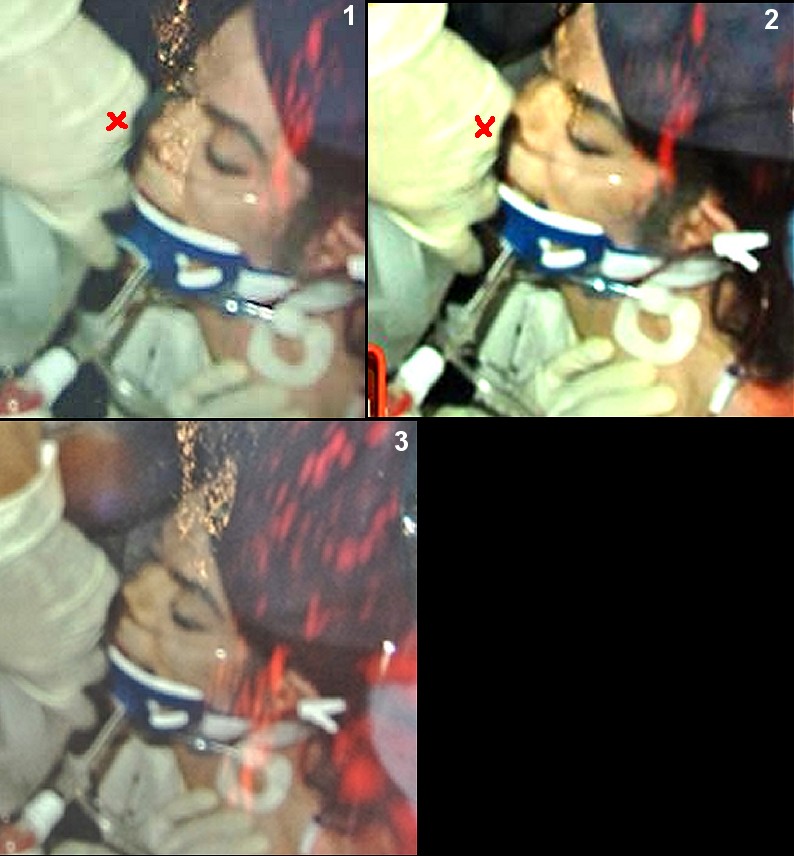 They could use the oxygen chamber pic and use it for the amublance pic - they have same light from camera flash.

It's fake, he even looks darker in these pictures.

in the second pic it looks like his eyes arent fully closed but it can also be the angle of the picture?:Pdo i sound crazy now:P

I HATE that picture. It always Breaks my heart

I have to stop look at it

Look at pic 1 and compare to pic 2. On pic 1, top right, the black area is much closer to his eyebrow than on pic 2 (there is more of his forehead on pic 1).

Does anyone else think his nose in pic 2 looks totally messed up? It looks ok in pic 1 though

jess.loves.mj wrote:Does anyone else think his nose in pic 2 looks totally messed up? It looks ok in pic 1 though

I always though that the nose is bigger than Michael's, and not even looks like!
In one thread, Human_Nature posted various pictures of E'Casanova, and in one photo his nose is identical to the ambulance photo's nose!

They look similiar to me...one has a different shift or angle. This is the first close up that I have seen of the picture. In the past, it was far too disturbing to look at. What makes me uncomfortable about seeing it so closely now is that it appears that the tip of his nose is damaged or missing. That bothers me because ...well...there were reports that he laid in the hospital bald with just peach fuzz on his head, very thin and the nose tip was missing.

jess.loves.mj wrote:Does anyone else think his nose in pic 2 looks totally messed up? It looks ok in pic 1 though

I wonder if its possible that the red car's reflection is so prominent because maybe they took a picture of the glass window, then photoshopped the other stuff (face from chamber pic, equipment etc.)

I wonder if the photographer that took that 'chamber' pic for The Enquirer (i think that was the tabloid it was originally in) may have sold or handed off the chamber pic to Hollywood TV (tabloid papparrazzi right?) then they photoshopped it.

It seems like there is no way that the following two things could be, at the same time (photogs and graphic techies please correct me if I'm wrong)

I'm going to assert that it is not possible for the reflection of the red car to be so prominently clear IF the camera was SMASHED FLAT up against the window to obtain such a clear (or as someone said, detailed) picture.

I don't believe both those things could be true at the same time.

The camera lense would have to have been FLAT up against the window, so the shot would go essentially through ONE lens in order to capture.

But if it were FLAT like that, there is no way the red car would be the dang near "mirror" reflection that it is.

does this make sense?

The ONLY thing is, his upper torso is naked and the vitiligo is showing. That is the only thing that makes the picture look real.

How could that be?