Well Im sure we have all heard the expression "Like father like son" right? Well, how about "Like father-in-law, like son-in-law"? 'Cause that seems to be the case here, and you know exactly what Im talking about. Michael Jackson and his ex Father-in-law Mr.Elvis Presley.

We all know about Michaels marriage to Lisa Marie Presley, Elvis's daughter. And we all know that it has been rumored for years that Elvis is still alive. Whos to say that Michael didnt marry Lisa Marie for a short amount of time to learn how to fake his death. Im not saying he used her, maybe she knew about it. The timing was right, he asked her to marry him during the time of one of his trials, and terrible time in his life, maybe he just wanted to end it...

Lets just look at the similarities, shall we?

Both "died" of a drug over dose

Fans question last picture
Elvis mourners questioned his oddly arched eyebrows and a pug nose.
Many people question the ambulance photo of Michael stating that it doesnt not look like him

2 Hours after supposed death...
Two hours after the public announcement of Elvis'death a man who looked like Elvis purchased a plane ticket for Buenos Aires under the name of John Burrows, an alias Elvis had used on several occasions, and one that was reported in government documents.
2 hours after Michaels supposed death
LAX airport was secretly shut down to receive an undisclosed person of interest. Then the control tower was told to "ignore" the jet taking off on a private runway, headed for an undisclosed destination

Missing from property...
A number of Elvis' most prized books such as his Bible, Chiro's Book of Numbers, and the Autobiography of a Yogi all disappeared after his alleged death, never to be recovered. As well as photos of Lisa Marie.
Millions of dollars and expensive jewls were missing from the house of which Michael was staying at, after his "Death" and never found

Both said goodbye to friends
two days before his alleged death, Elvis called a lady friend named Miss Foster to tell her he had canceled his upcoming tour and that she should not believe anything she would read about him
Arnold Klein said that about 5 days before Michaels "Death" Michael said a final goodbye to everyone in the office

Both sent flowers to loved ones?
A former paramour named Lucy de Barbon received a single rose in the mail on the day after Elvis' alleged death with a card identifying the sender as "El Lancelot", her secret pet name for Elvis, unbeknownst to anyone else.
A few days before Michaels dead Liz Talor tweeted "Somebody I care for very much sent the following note to me with flowers and I wanted to share it with you"

Missing evidence
All photographs taken at the death scene of Elvis have mysteriously disappeared
surveillance footage was taken from Michaels home and is missing. footage that could solve the mystery surrounding the last moments of his life

Neither made it to there final tours...
A tour was scheduled to begin August 17, 1977, but at Graceland the day before, Presley was found unresponsive on the floor of his suite
Less than three weeks before the first show was due to begin in London and with all concerts being sold out, Michael Jackson died of a cardiac arrest. 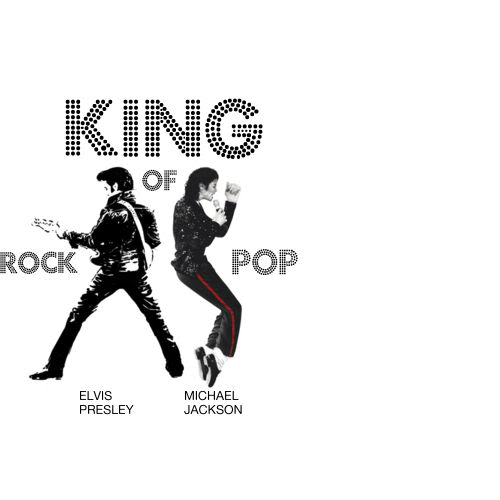 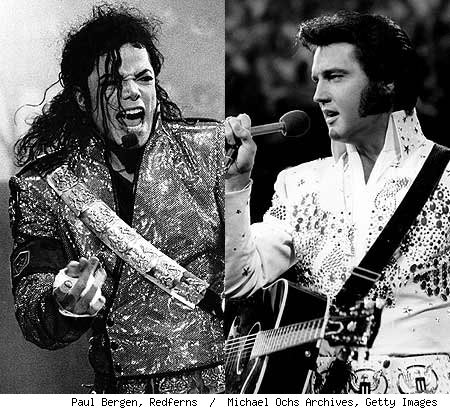