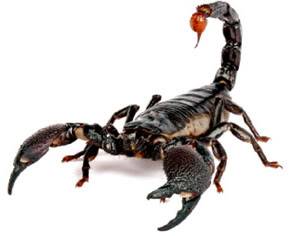 It’s time for another level.

We are now at the most important level: who is the focus of The Sting? Keep in mind the possibility that more than one person or entity is the focus.

Most specifically, though, we need to investigate whether the entire court is in on the hoax, or could the court itself be the focus of the FBI investigation (or part of the investigation). Some have already proposed this possibility, while others have summarily dismissed it. As always, please do not dismiss any theory until it has been thoroughly debunked. And whatever theory you personally believe, try to debunk your own theory; many hoax investigators are still not doing this.

In favor of the court sting theory, let me point out a few things. Some say that the court did the right thing back in the 2005 acquittal, so why would it be investigated? The reality is that the defense and jury did the right thing, but what about the prosecution? We already know about Aphrodite’s testimony, and Tom Sneddon (TS ), etc.

We also know that for years the FBI investigated MJ, and the pedophile claim; but they found nothing against MJ. Could it be that in the process of this investigation, the FBI found evidence of corruption in the LA prosecution and the MJ trial? Could it be that as a result, the FBI in cooperation with MJ decided to make the LA court system the focus of a sting operation? Please remember that the “top priority” of the FBI is “public corruption” in government agencies; and their investigation specifically includes “verdicts handed down in courts”
{http://www.fbi.gov/about-us/investigate/corruption}.

We are also at the point, which I mentioned earlier, of running two different coherent theories in parallel. And as we try to put all the pieces together—including the research of previous levels, as well as the new information that we will get during the hearings—hopefully one of the two theories will fall into place, and the other one will fall apart.

Although there are endless minor variations within these two main coherent theories, for the purpose of this level we are only examining two basic theories: the court is in on the hoax, or the court is not in on the hoax (other than the defense, and maybe a few other key people). For the sake of discussion, we can refer to these two theories as “hoax court” and “sting court”.

In level one, we found that the ambulance photo was staged in advance. In level two, we found that at least a few key people in the FBI are helping with the hoax (and cooperating with one or more in the LAFD). In level three, there are still a few different ideas about who or what (if anything) went in the ambulance on the stretcher to UCLA; most agree however that a corpse was not used.

Even though level three is still unresolved, yet we can and should start investigating level four (The Sting). Actually, level three and four are closely related—so much so that if we get a clear answer to level four, then level three will probably be easy to resolve (and vice versa).

To be more specific: if it’s hoax court, then there would be little if any need to use a corpse; but if it is sting court, then the corpse theory has a strong case. This would not only reduce the people who would need to be in on it, but it would also allow witnesses to testify truthfully in real court under oath (both witnesses who are in on it, and those who are not).

It has been suggested that this would constitute entrapment; but sting versus entrapment does not depend on using a dummy versus a corpse. It would be possible to use a dummy, and still qualify as entrapment, if the job was done so airtight that nobody could figure it out. On the other hand: it would be possible to use a corpse, and not qualify as entrapment, as long as there are plenty of clues and evidence that MJ is still alive. If the hoax forums can figure out that MJ is alive, when most of the members are not even professional investigators, then what excuse would the LA prosecution have for not figuring it out?

Please do not let this thread become the primary discussion for all the things that happen during the hearings; there will be other threads for that purpose. Just bring into this thread discussion and evidence related to the focus of The Sting, and especially whether it is hoax court or sting court.