Footprints Filmworks-The Presidential Box--June 2009
Page 1--The Presidential Box--Footprints Filmworks--FF News--June 2009
by http://www.footprintsfilmworks.com
This is a F O U R Page FF News Brief Bulletin so the footprints team suggests that you be nice and relaxed when viewing this bulletin. This is an Exclusive Interview with French President Mr. Nicholas Sarkozy. Mr. Nicholas Sarkozy is President of France since 2007 and is serving his second year in office after serving on the 447 member French parliament as Minister of Finance. Mr. Nicholas Sarkozy is known as "The Playboy President" earning this title after dating some of the most gorgeous women in the world. 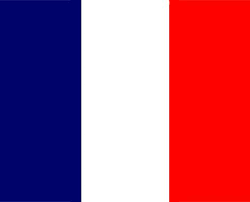 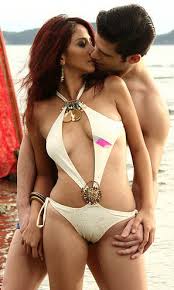 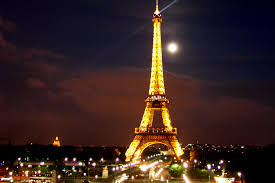 French Flag Gorgeous French Woman Eiffel Tower
Mr. Nicholas Sarkozy currently resides in Paris, known as "The City of Love". Mr. Nicholas Sarkozy has been elected President of France based on his overwhelming support from the French Republic clinching 40 percent of the more than fifty million voters in France.
France, the country occupies the northern tip of Europe and is bound by Germany, Italy, Britain and Northern Ireland. France has a population of over 75 million FRANKS of which the population is diversified into Europeans, Muslims, Roman Catholics and Christians. France is the fifth wealthiest country in the world according to FF News June 2009 after countries United States, China, India and South Africa.
When the footprints team arrived in France in June 2009 scheduled to interview Mr. Nicholas Sarkozy, the news around Paris and local communities was the sudden death of Pop icon Michael Jackson.
Jackson who called the footprints team said that he would like to meet with us immediately. This was a shock to the footprints team as Michael Jackson had been declared dead according to media reports in France. Jackson who invited the footprints team to his ship on Lake Zille claimed that the media hoax was created by Big Concerts and Footprints Filmworks to shame him in the public.
When Managing Director for Footprints Filmworks Omar Abdulla met with Jackson, he seemed frail and bleak and asked Abdulla to bring the "Jesus Juice" with him as well. 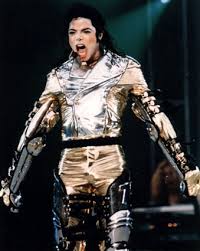 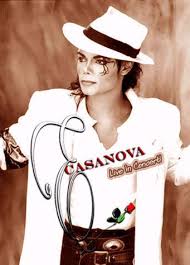 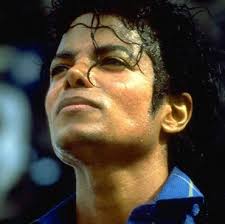 View a Tribute to Michael Jackson--click here--
http://www.footprintsfilmworks.com/component/option,com_fireboard/Itemid,42/func,view/id,27461/catid,3/
Jackson was outraged by Big Concerts and Footprints Filmworks claiming that we did not keep up to the deal as promised. Footprints Filmworks and Big Concerts originally booked Michael Jackson for their 50 concerts, 50 months, 50 countries tour. According to reports Jackson was paid 50 million dollars in black money or black dollars as a deposit for the Group 50 Tour. When Jackson heard that sales had dropped to only 50 000 per concert, per stadium he was outraged by Footprints Filmworks claiming that we had cheated him and he had to pull the plug by "faking his own death."
When the footprints team met with Jackson we were surprised the Pop star had a whole crew of musicians, business people, media personalities and monkeys all on board the "Louvre Le Love" Ship. Michael Jackson who has declared this meeting as "His Final Say" to world leaders and media businessman invited us on board for a two week business meeting sailing through French rivers.
Initially Jackson watched television audiences pay tribute to him on more than 9600 channels around the world, he still seemed like he wanted more from the world. On board the "Louvre Le Love" Ship casino machines were ringing who won jackpots and the atmosphere was electric as "Billie Jean" "Heal the World" "They Don't care about us" and "We are the World" rocked the 50 member ship crew. On board the ship included Princess Diana, Shar Rukh Khan, Barack Obama, Sakeena Joosub, Nicholas Sarkozy, Lakshmi Mittal, Omar Abdulla and Walter Disney Ceo Walter Disney III. 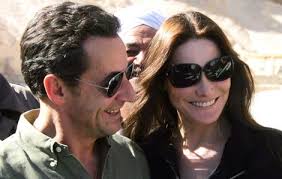 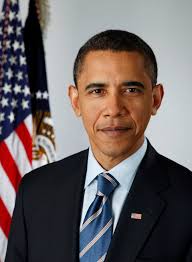 Omar Abdulla Nicholas Sarkozy Barack Obama
Although France is the footprints fifth wonder of the world we were disappointed that the staff on board were not friendly mumbling French words like "Jetaime" and a German chef mumbling "Ich Liebe Dich." 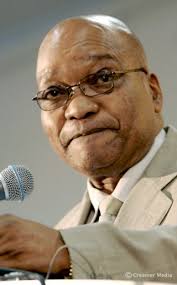 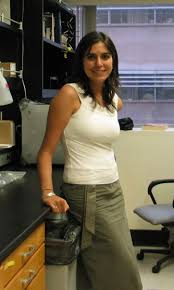 Jacob Zuma Zunaid Moti Sakeena Joosub
Other leaders on board the ship were quiet and listened to Jackson's words and belief systems about life.
"All my life I have been trying to reach specific goals, goals with content and ambition and yet some people cannot understand me correctly. When Michael Jackson was in his prime, the world threw dollars at me and when I became a monster in the media, those same fans spat on me and behaved like I did not keep up to my words. My advice to those foes is, listen to my songs, listen to the words, listen to the meaning, and then try to dance like me."
Jackson who visited South Africa in 1992 to meet with then President Nelson Mandela said that Nelson Mandela still remains the closest friend at heart. When Mandela put up his Statue in Sandton that motivated me to build my own statues in Australia, Britain, United States and France.
When asked who Michael Jackson admires through his forty years career he mentions the names Joe Jackson, Elvis Presley, The Beetles and Lisa Presley.
Jackson who told the footprints team that his 500 million dollars debt was washed away by the media, and perhaps I should change my name, he joked.
Shar Rukh Khan and President of France Mr. Nicholas Sarkozy chattted about exotic cars, medical drugs, civil engineering and acting. Khan who was recently named Dr. Shar Rukh Khan by Footprints Filmworks earning this title after completing a medical degree for his upcoming film "Pyaar, Pyaar, Pyaar." 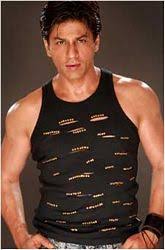 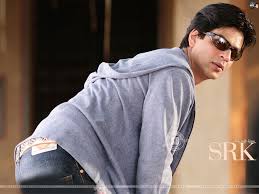 Footprints Filmworks Car of the Month 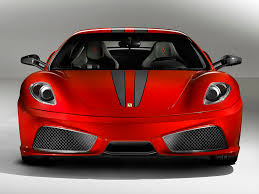 At a time when the array of high-end cars is nearly limitless, selecting just one can be a confusing proposition. The good news: Every year a few models stand apart. Most luxury vehicles by definition tend to be far from green in the environment sense, but they are guaranteed to inspire the greatest shade of envy for their performance, amenities, engineering, design, safety, and quality, given cost of ownership.

If you can stomach the price, this is a playful, scary-fast, outrageously competent(0-60 in 3.5 seconds), sexy purebred that makes operatic engine sounds unlike any other. Oh, yes and former Formulae 1 Champion Michael Schumacher(Nicknamed Shumi) was crucial in its development. For those who prefer German, the Ferrari F430 Scuderia is your car at only $300-000-00.

For the businessman WHO KNOWS what he Wants.

Other Models is the Ferrari Range: 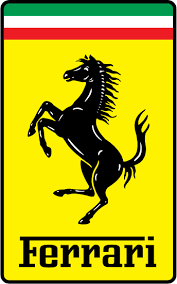 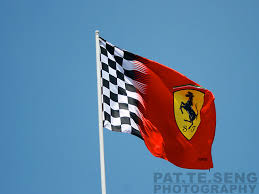 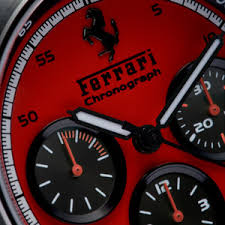 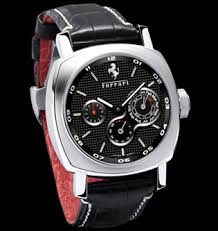 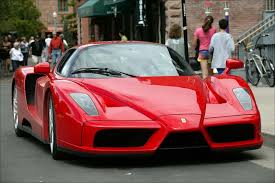 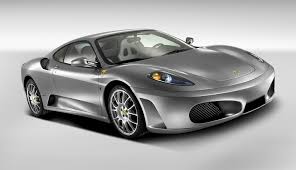 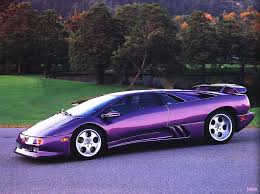 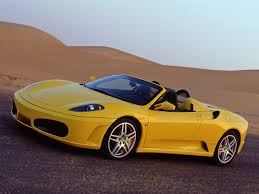 Thanks for posting this, footprints!

And I see this is your FIRST post, so I thought I'd give you a big welcome: {{{ footprints }}}

Watch out for first time posters that bring crazy info.

WOW!!!! This is ridiculous. Not meant towards the poster but about the content itself!

Yeah this is pretty crazy-Princess Diana? Sipping Cocktails? Earn a decent living? WHAT ON EARTH WOULD HE DO? And where would all this money going to his estate NOW be? This was made up in the minds of people who know nothing about MJ.

My heart is broken because of all of this.